Your version of Internet Explorer is out of date and won't display the modern interactivity of this City of Bryan special report.

Please upgrade your version of Internet Explorer below, or consider downloading another one of these up-to-date, free and excellent browsers. 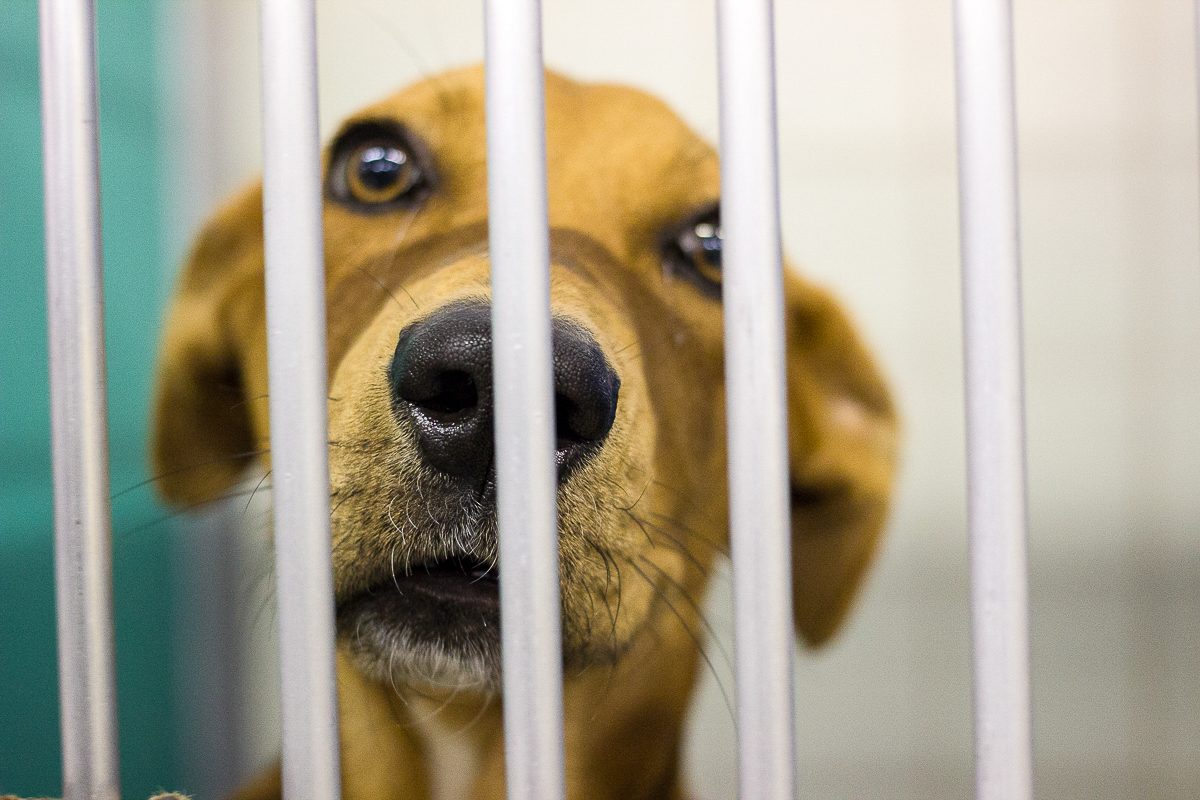 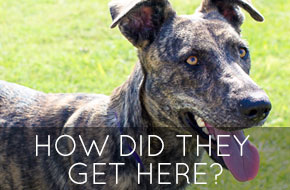 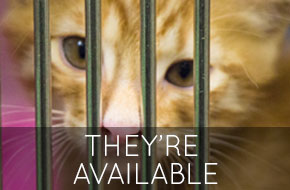 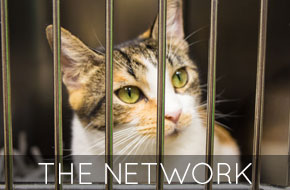 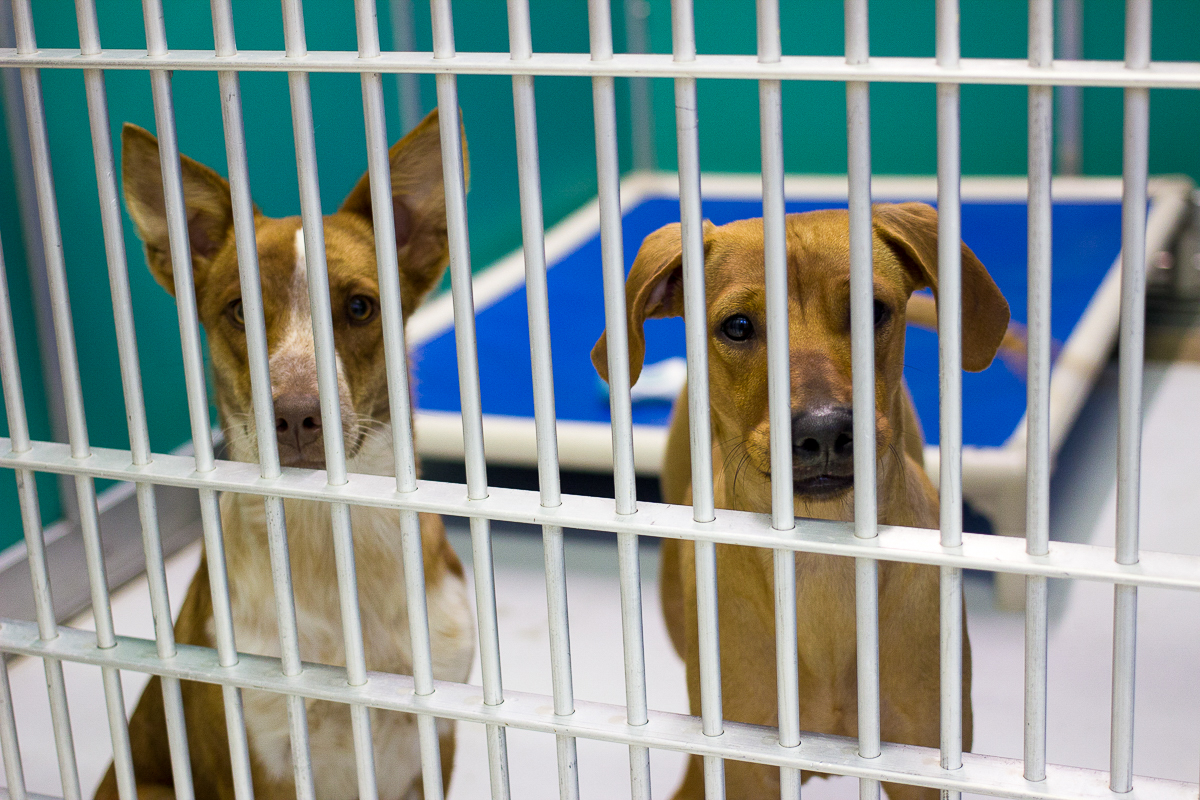 Chapter 1: How Did They Get Here?

he purpose of the Bryan Animal Center is to care for lost or stray animals, animals that are brought to the center by good samaritans, or pets that are surrendered by their owners. The center also tries to help reunite these lost animals with their previous owners, or if that is not possible, find them new forever homes.

But how exactly does all of that work? Well, there are three ways that animals are taken into the Bryan Animal Center.

1. An animal is picked up by Bryan Animal Control. This is the primary way that animals come into the center. Animal control officers respond to calls from the public about stray or lost animals. The officers will go to the site and pick up the stray animal. The first thing they do on the scene is to scan the animal for a microchip or look for identification tags. If an ID is found, they will try to contact the owner immediately. If no ID is found, the officers will survey residents in the neighborhood to try and get information about the animal. If no owner can be found after all of this work is done, then the animal is brought to the Bryan Animal Center for continuing attempts to locate its owner.

2. An animal is dropped off by a Good Samaritan. Animals can be dropped off at the center during its business hours. If an animal arrives this way, the first thing the center's staff members will do is look for identification, and scan for a microchip, to try to find the animal's owner. The staff members also will compare the animal to entries in the "lost book" where people have called to report a missing pet. Staff members also check several online resources, but if no owner can be located, then the animal is placed on "stray hold" for 72 hours and kept at the center.

3. An animal is surrendered by its owner. When space is available, the center does take owner surrenders. If no space is available, staff members will offer other resources for people to re-home the animals themselves. When an owner wants to relinquish the rights to their animal for whatever reason -- they may no longer want the animal or can't care for it -- they sign the rights for the animal over to the center.

So what happens now?

"Once the animal arrives at the center, an extensive effort is made to find that animal's owner. In cases where no owner can be located, staff members will start the process for the three-day 'stray hold' period" said Julianne Burkhalter, Bryan Animal Center Supervisor. "They will start gathering information about the animal -- size, weight, age, color, breed, gender, date of intake, where did they come from, etc."

At this point, dogs and puppies get a couple of basic vaccinations, and animals will continue to be evaluated by staff members. The hold period allows time for owners to come and reclaim their animals, and it also gives the center's staff time to observe the animals to get more info about their health, behavior and temperament. 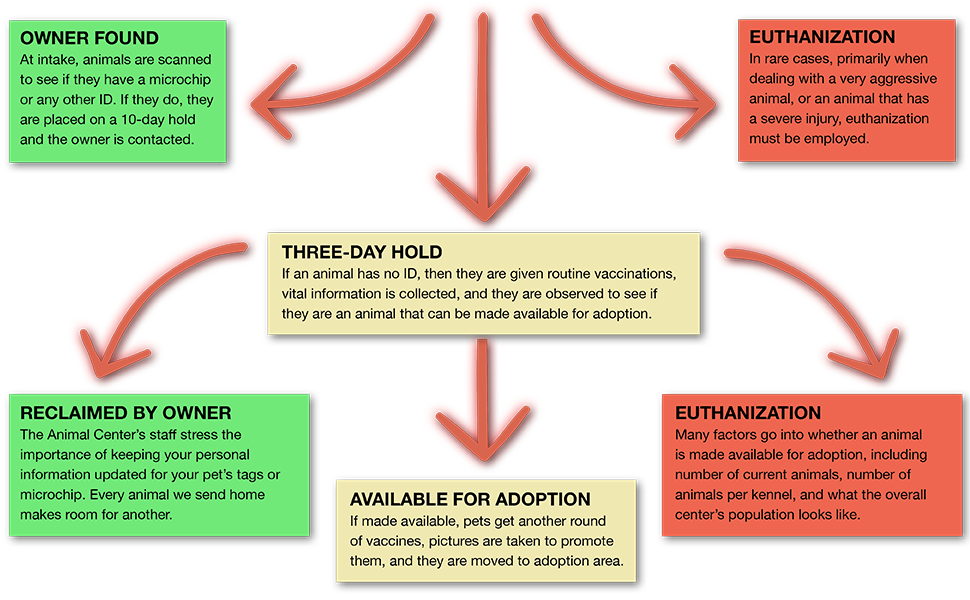 After the three-day hold period is over, staff members must determine if an animal can be made available for adoption. And many factors come into play. Animals are assessed based on their health, behavior, temperament, as well as available space and the makeup of the center's existing population.

More testing is done to better determine the health of the animal. But testing positive for a disease does not necessarily disqualify an animal from being made available for adoption. There are alternatives through rescue groups where the center may be able to send that animal. And on occasion there are foster homes that will take animals with special needs. In some cases the center can still house an animal, for example, a dog that is heartworm positive, if space allows.

Finally, if an animal is to be made available for adoption, they are given another round of vaccinations, and they are scanned once more to make sure they don't have a microchip. They are then moved into the adoption area. Staff members will take pictures of the animal and post them to various onsite, print and online listings to get the information out that a new animal is available for adoption. 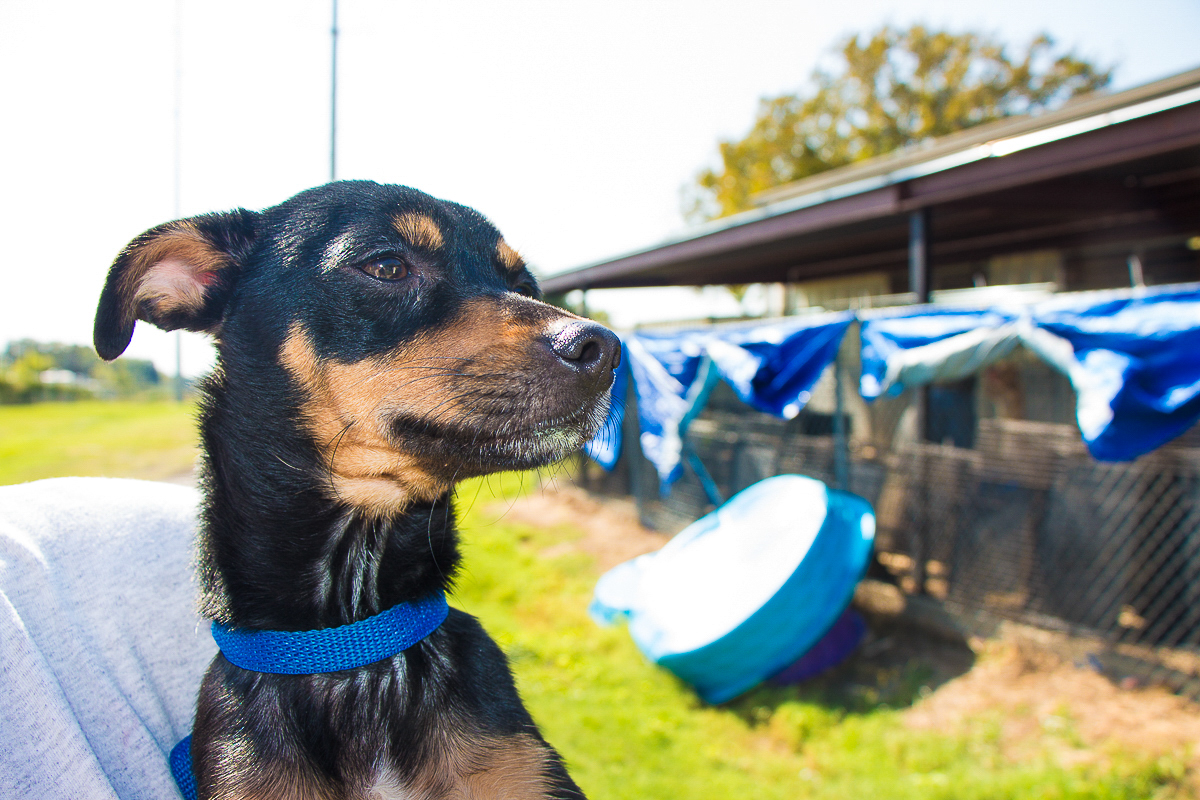 nd now the waiting begins. At the Bryan Animal Center, adoptable animals may only be there a few hours, or they may remain with the center for more than a year. It just varies depending on how quickly they are reclaimed by an owner, or if they are able to be sent to a foster home.

Once an animal has been at the center for more than 30 days, they become a "V.I.P" (very important pet), and they may have special incentives or promotions that go along with their adoption, such as reduced adoption fees. 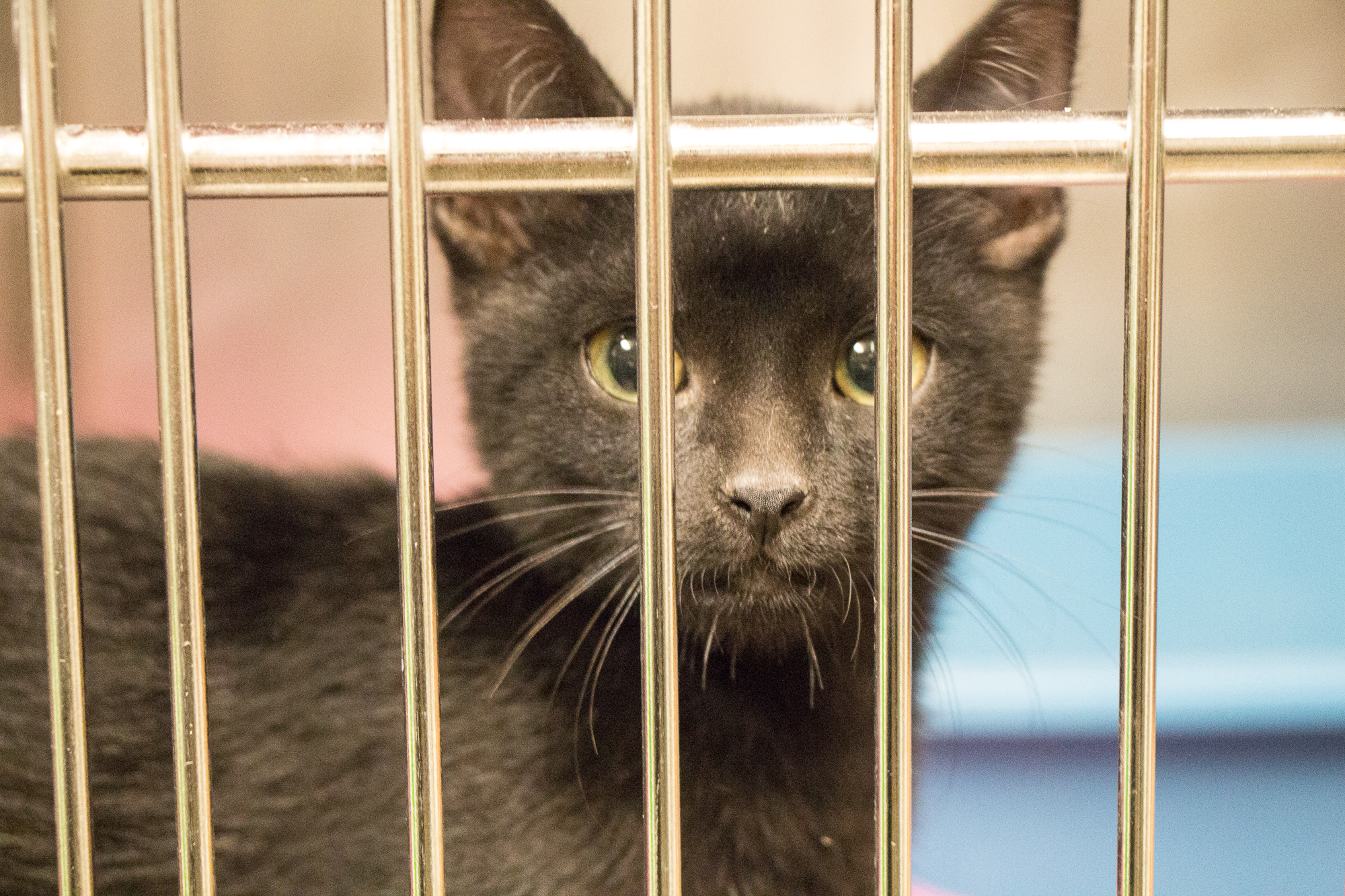 As the waiting goes on and on, the pressure to get an animal adopted becomes greater and greater. The center can only hold a certain number of animals.

"There are only around 50 kennels for dogs and 50 for cats," Burkhalter says. "That limits us to how many (pets) we can have. But being able to pair some dogs together, or having mothers with litters of puppies, does allow us to hold 135-180 animals at any given time."

The center's staff are constantly promoting their animals -- taking lots of pictures for online listings, running ads in the local paper, promoting adoptions on radio and TV programs, and attending special events.

"We want people to see our animals pretty much anywhere they look so they will be reminded that they can get a great pet at the center," Burkhalter says.

But despite all of the promotional efforts, sometimes it just isn't enough.

The animal center takes in about 3,000 animals per year, and with that kind of volume, there is sometimes just not enough room for everyone. So the staff members must make the difficult decisions on who will be able to remain adoptable.

It's a very sad situation for the staff. These people become close to these animals. They name each and every one of them. They feed them, walk them, give them love, even adopt them. But in some cases difficult decisions can't be avoided. 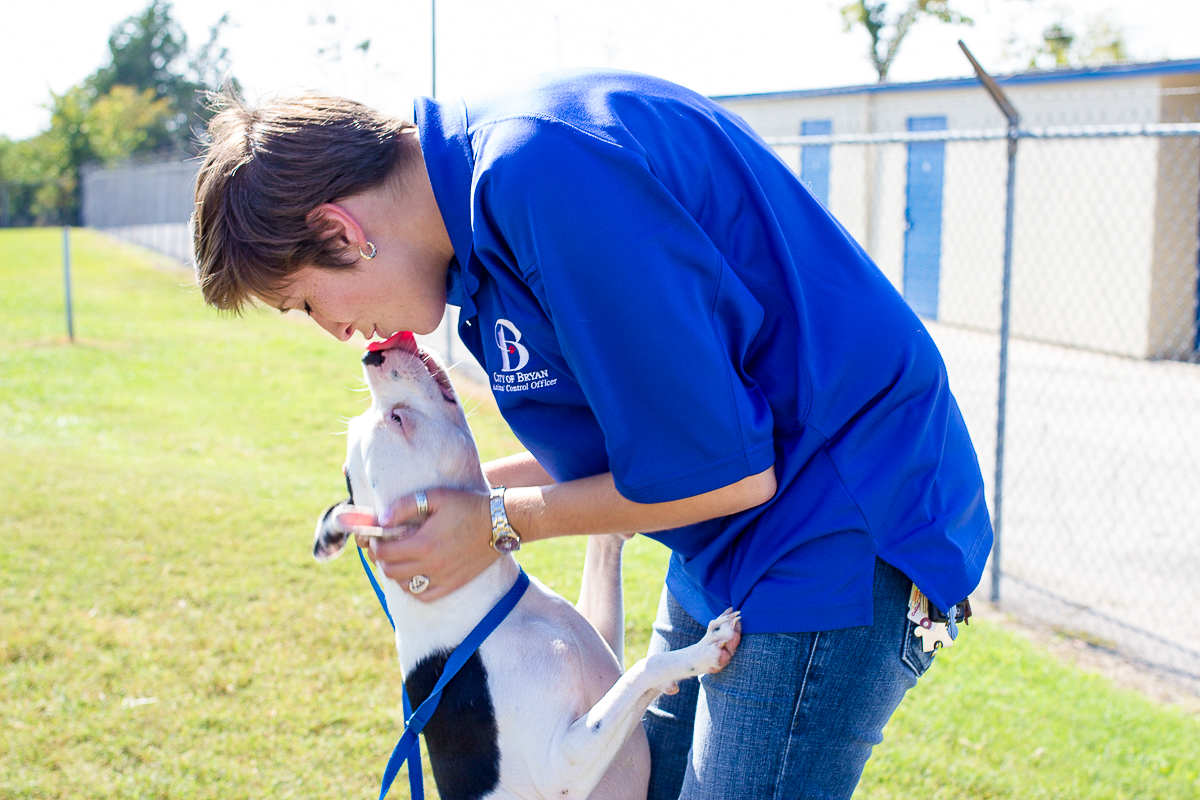 How the Animal Center Helps

The animal center has a staff of seven full-time and one part-time employees, along with a handful of interns and three animal control officers. Caring for 135-180 animals daily, working tirelessly to get them adopted, and coordinating with other rescues and shelters takes a full team.

And that's where the volunteers come in. Volunteers and foster parents are the ones who really make the difference.

"They are vital to the success of the center...playing with puppies, giving animals a bath, taking photos," Burkhalter says. "Foster homes are very important. They help us find out what the animals are like in a family environment, as we continue to promote that animal."

And in case you're wondering, the center is always looking for more volunteers. 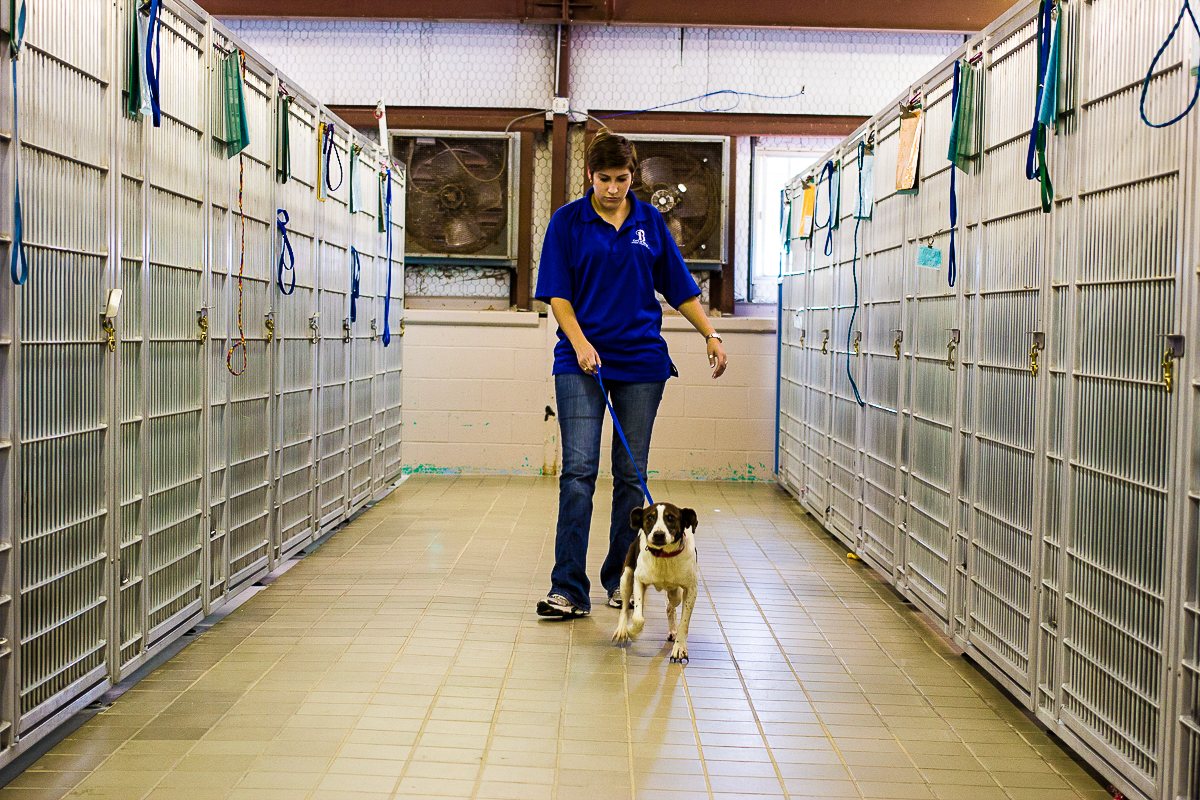 he Bryan Animal Center is not the only shelter in the Brazos Valley. And these shelters do not exist in a vacuum. These different organizations and rescue groups work together to try to find all animals the homes they deserve.

"In addition to all the efforts in promotions, we continue to try and network with a large group of rescue organizations. There are many breed-specific rescues throughout the state and the U.S. that we work with," Burkhalter says. "When an animal comes in, and often times we do have animals come in that are purebred or certainly appear to be purebred, we're able to contact these breed-specific rescues and they will actually pull the animal from the Bryan Animal Center into their program, and they are able to spend additional time putting that animal into a foster home, maybe doing a more thorough background check on potential adopters, and give the specialized care for that breed."

While pet stores may offer breed-specific dogs, so do animal shelters. There are many pure bred animals that end up in the animal shelter, surprisingly. And even if they're not purebred, they're wonderful animals that just need a second chance.

Burkhalter says that depending on the animal makeup of a shelter at any given time, a shelter may be able to accommodate one type of animal when another shelter can't at that moment. And so, in an effort to care for as many animals as possible, animals will sometimes be sent to another local shelter or rescue group, or animals will be traded between shelters in order to provide them the best care and the best chance of finding a forever home.

"Around here the work never stops," Burkhalter says. "No matter how many you help, no matter how many animals you see, there's always another the next day, that's going to arrive and need your time and energy and effort and care. And it's just difficult to walk away from that knowing that they have no one else to depend on."

"We absolutely encourage anyone and everyone who is looking for a pet right now to visit your local shelter, your local rescue group, an animal organization that is placing animals in need," Burkhalter says. "Come visit the Bryan Animal Center and see if we have an animal that may fit into your home perfectly." 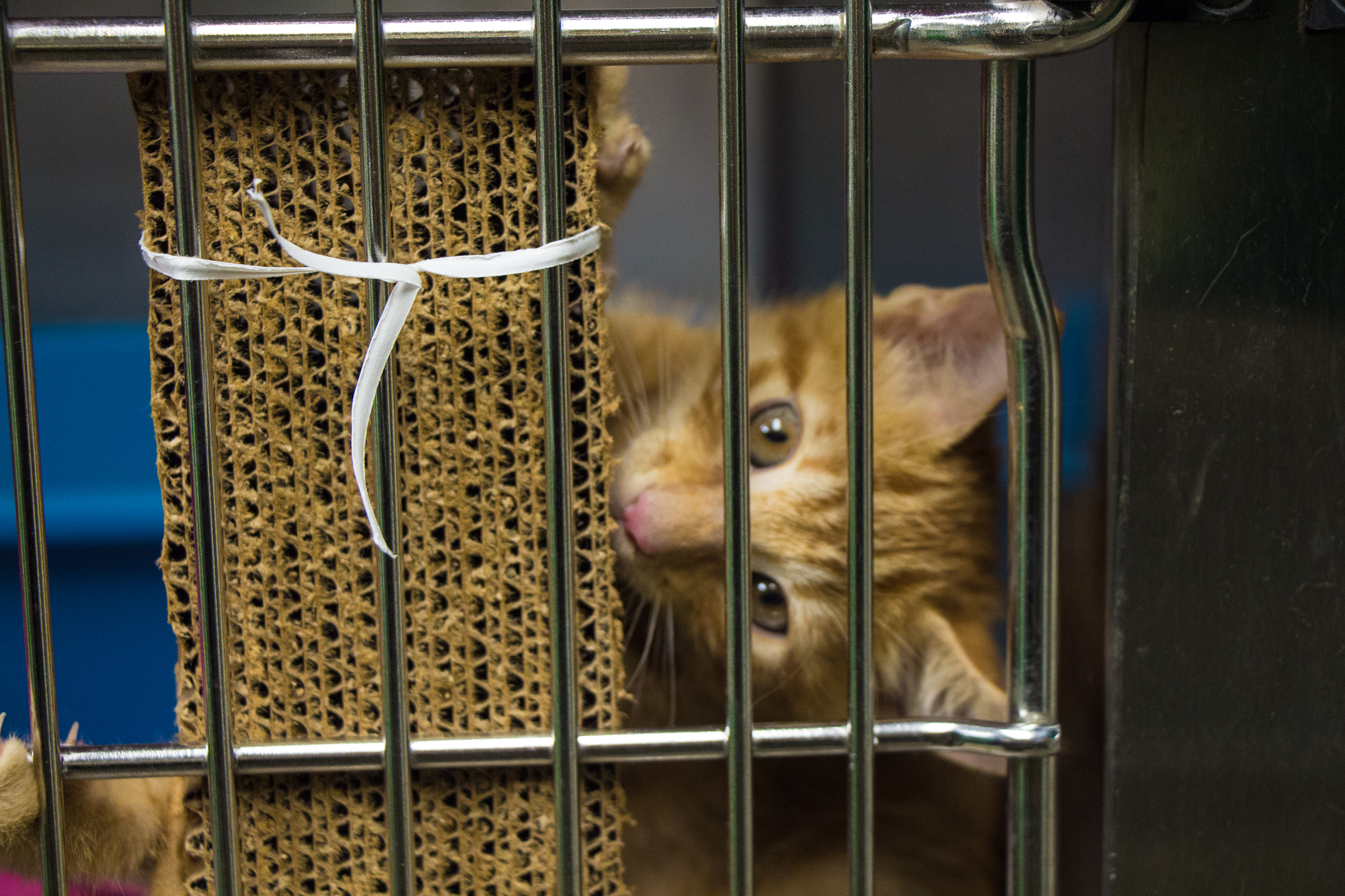 You Can End the Waiting for One of Our Animals


The best pet you'll ever have could come from the Bryan Animal Center. You could give one of our wonderful pets the only thing they've ever wanted: A forever home, and a person to love. Don't wait.

To adopt a pet or for more information, contact the Bryan Animal Center at (979) 209-5260 or visit bryantx.gov/animal-center.

Watch the KBTX Special Report: "No Home for Frank"